His Highness the Prime Minister Sheikh Sabah Al-Khaled Al-Hamad Al-Sabah held officials talks with Governor General of Canada Mary Simon at Seif Palace. Various ways of enhancing distinguished relations between these two countries and expanding cooperation between them in a variety of areas were discussed so as to serve the interests of both peoples. 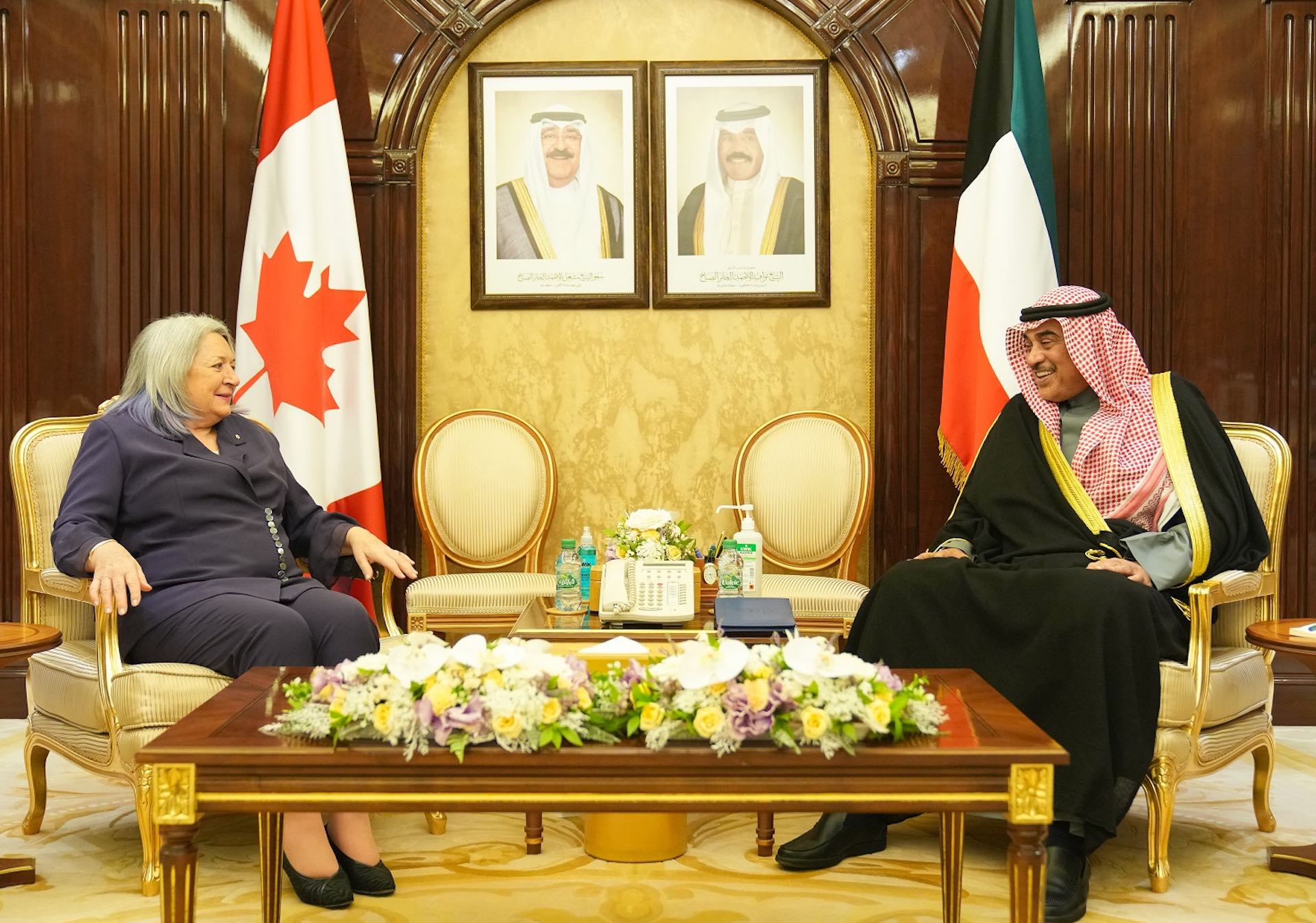 They also discussed several regional and international issues, as well as their desire to strengthen communication and coordination to promote diplomacy for peace and stability in the region and around the world. Sheikh Sabah hosted a dinner banquet for the Governor General of Canada and her delegation.

Head of His Highness the Prime Minister’s Diwan Abdulaziz Al-Dakhil, Minister of State for Municipal Affairs and Minister of State for Communications and Information Technology Rana Al-Fares, head of honor mission and advisor at His Highness the Prime Minister’s Diwan Dr. Sheikh Basel Humoud Al-Sabah, Deputy Foreign Minister Ambassador Majdi al-Thufairi, Kuwait’s Ambassador to Canada Reem Al-Khaled and the accompanying delegation of Governor General of Canada were present in the talks.

Suicide bomber kills 20 and injures 96 at mosque in Pakistan

In the relaunch of Air India, Airbus to win 235 single-aisle jet orders

NASA and Boeing will develop a more fuel-efficient aircraft design